Go to our W3.CSS Tutorial to learn more! 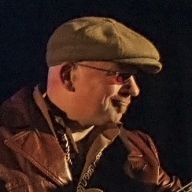 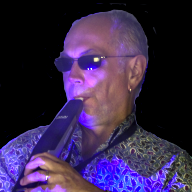 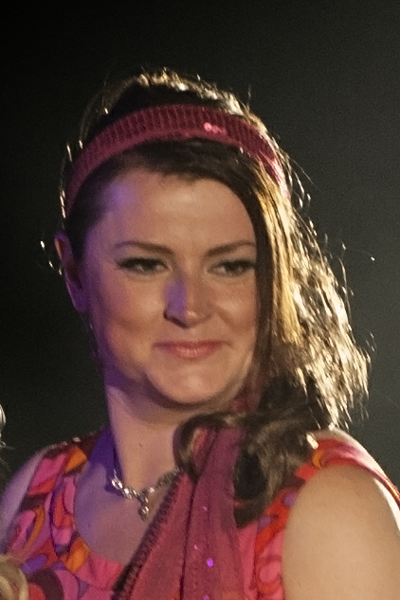 Nicky is a part-time Drama teacher with an extensive background in Musical Theatre. Two years ago she moved from Edinburgh where she was a member of a company called Livingston Players. She has taken part in many musicals and plays with a range of companies over the years. Some of the principle parts that she has played include: Meg in Rush ( a Scottish musical) Katisha in Hot Mikado and Marguerite St Just in The Scarlet Pimpernel..

She has been teaching for nearly 14 years in a mixture of different schools and with a variety of different roles that have been mostly linked to the Performing Arts. She trained as a Drama Teacher at Cambridge, Homerton College and after moving about with her husband's work she is now permanently settled in Chichester. Being in a band is something she has always wanted to get back in to. 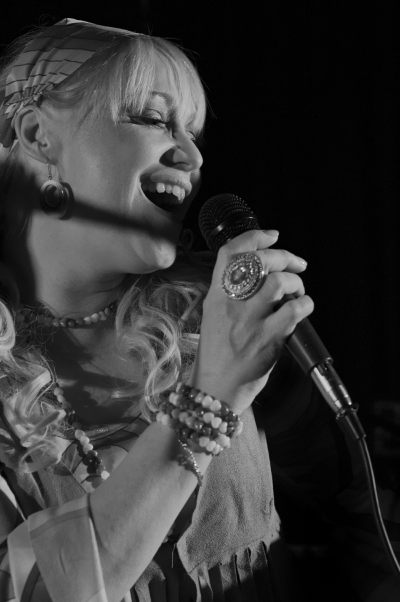 Sarah has been performing in musical theatre since the age of six with various companies both professional and amateur, previous roles include Eliza Doolittle (My Fair Lady), Julie (Carousel) Anita (West Side Story), Nancy (Oliver!), Julia (The Wedding Singer) and Sukie (Witches of Eastwick).

At 13 years of age Sarah attended stage school followed by training at the BRITS Performing Arts College in London, she went on to perform professionally in an entertainments team, numerous bands, duos and also as a solo artist, but says there is nothing quite like being part of a live band!

She also has a huge passion for dance and is a qualified ISTD Dance Teacher specialising in tap dance. Sarah has spent years as a freelance Choreographer and Director for amateur musical theatre companies and was one of the founding members of Rainbow Productions. Sarah is now focussing her energies on live music and is loving be back with her funky family! Good times! 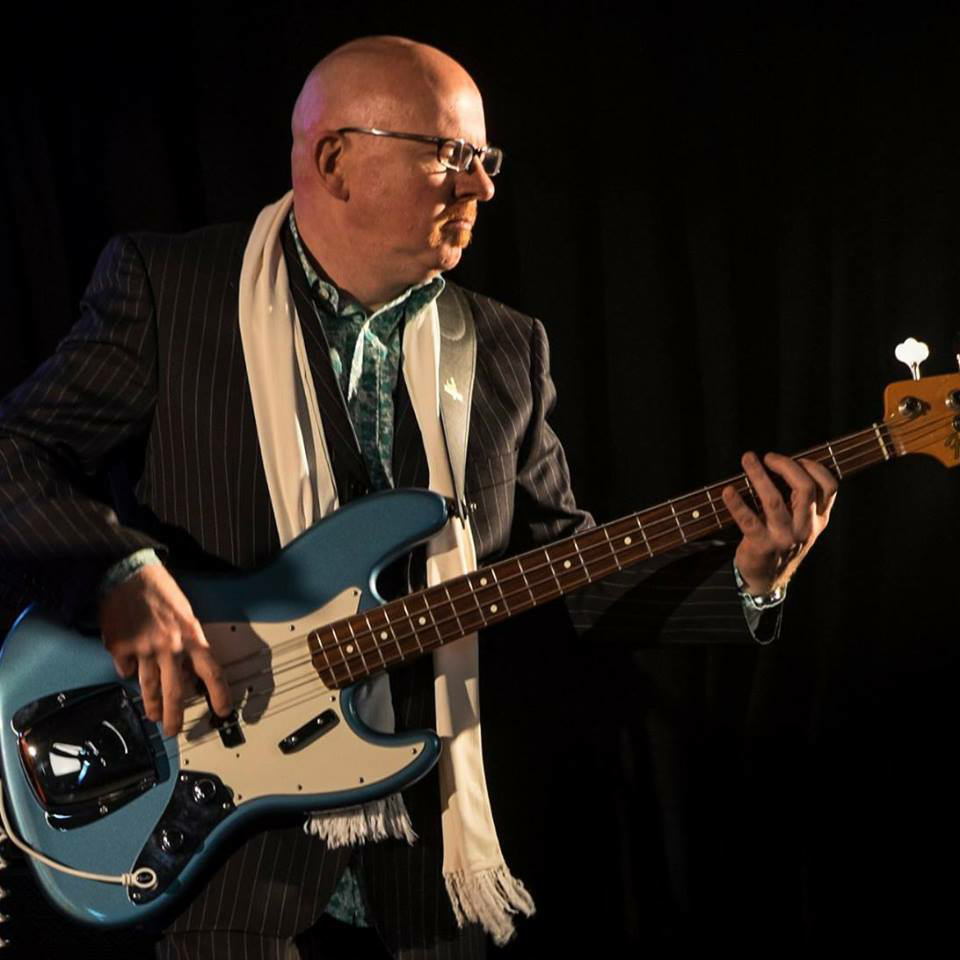 Of the many comments and observations that Damian's Bass playing has garnered over the past thirty-six years, being lacklustre in tone or indistinct in the mix has never been put forward.

So where did the love of Funk, Groove & Disco originate from? "I was always drawn to the irresistible bass lines of classic 70's Disco outfits like Chic, Kool & the Gang, and Parliament/Funkadelic. Then in '96 when I was studying at BassTech in London, I got introduced to many other funky players such as Rocco Prestia from Tower of Power and I really began to dig those bubbling bass-lines which I then discovered in the emergent Acid Jazz grooves of the James Taylor Quartet & Corduroy." Damian followed this Acid Jazz influence becoming a big fan of live-funk greats The Brand New Heavies and the then unsigned Jamiroquai (he bought an amp from the band's Bassist Stuart Zender!). The prominent and tonally forward qualities of the bass guitar in these bands directly influenced him to seek out a selection of classic active basses which remain the weapons of choice in any funky musical happening."

Damian's centrepiece instrument is a highly-figured 1989 Warwick Thru-neck Thumb Bass - this early hand-built model features piercingly bright custom green lights fitted to the side and front-face of the neck by Sims Custom LED.

The Bernard Edwards vibe is addressed with a '94 Music Man StingRay - identical to Bernard's famous StingRay which is synonymous with all those early Chic hits.

The Fender Jazz is well represented too, with two very different incarnations of this classic instrument - a Lake Placid Blue '62 stack-knob model and a road-worn replica of the classic Shoreline Gold Jazz Bass wielded by Norman Watt-Roy of The Blockheads - and signed by the man himself!

Behind Damian onstage for the past fifteen years you will have seen and felt bass amplification from a variety of US manufacturers. The largest rig is a classic 1990's David Eden stack, but for most gigs you'll notice a more portable but powerful Genz-Benz combo earning its keep. For smaller 'lounge' gigs Damian uses a fabulous Phil Jones Bass Flightcase combo. From quiet jam sessions, to pub and club gigs or large outdoor stages, this combination of amps and cabinets allows incredible flexibility whilst always delivering his hallmark punchy and deep-rooted characteristics. You will feel Damian's work as well as hearing it! 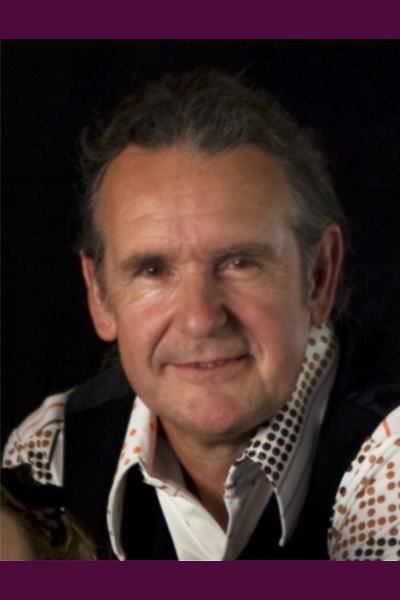 From a punk band at school, Kev started writing his own songs which led to a production deal recording in various studios in London including RAK. As a result of this working with soul singer RIO led to the release of Comin Home on atomic records (a & m) included on a compilation with the likes of other House favorites such as CeCe Pennisten and Dina Caroll. Comin home reached the low twenties of mixmags dance chart at the time and so Kev swapped his guitar for an atari and samplers for a while, programming and producing songs for posthouse studios in kent, and laying down funky guitar grooves whenever the song allowed it, which in those days was rarely. His early influences include a mix of styles ranging from Deep Purple, Steely Dan, Stevie Ray Vaughan, Jeff Beck, Morrissey Mullen, and of course all things Funky.

His musical career has seen him working with an eclectic collection of bands from a spoof rock outfit with Nick Knowles, a techno outfit called "The Triplet twins" a comedy Rock band called "Sniffing the Bitch" in which he was called on to wear both a pink fairy outfit, and a wedding dress on stage. He then joined "The light" where he met Damian, and travelled to Austria to play on a snow stage on top of a mountain. He has also continued with a varied mix of writing, producing and playing in numerous projects including folk, funk, rock and jazz styles, and so relished the thought of putting his disco trousers and Polyester shirts on once again for the fabulous Funky Junction - but promises not to wear the wedding dress!

Kev records and produces the band demos and is looking forward to developing original material for the future. 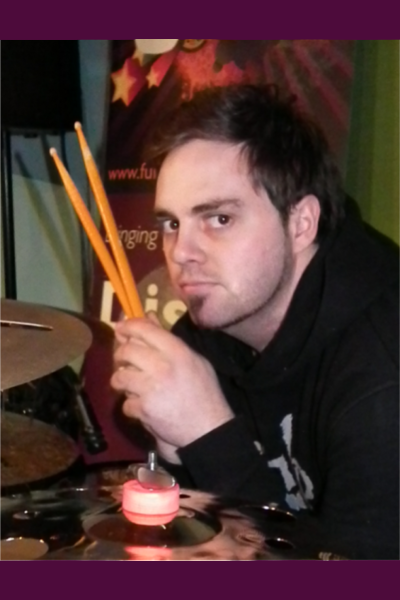 So to the sticksman: Scott started his musical journey by rummaging through his parents CD and vinyl collection which brought him (to name a select few) Queen, Metallica, Thin Lizzy, Whitesake, Iron Maiden, Gibson Brothers, Third World, The Christians, Fischer Z, Supertramp, and George Thorogood (all influences from his father). His mother's tastes rubbed-off too, with Stevie Wonder, Michael Jackson, Northern Soul, and Tears for Fears. Scott says that he also explored a whole harem of other styles and influences he found under a huge musical rock in the garden!

Although Scott's first musical interest was to play the guitar, he had a little help from friends in primary school to start off his percussive passion and in particular, encouragement from Ben Thatcher. (Current superstar drummer with.... Royal Blood!)

So after acquiring an old drum set from a family friend, it all fell into place for Scott as he started jamming along to his favourite bands and songs. As the years passed his confidence grew along with his skills and discipline. He headed to open-mics and jam nights to learn his craft with other local musicians. He was picked up by local punk band 'Fat Chav' who were town favourites, and as the gigs rolled in, so did offers for other opportunities with other bands, and the rest as they say is history. During the last 2-3 years particularly, Scott has upped his game playing in a variety of original projects, various function band deps and even several cruise-ship contracts.

Music is in Scott's blood and under the skin - along with plenty of passion fruit and groove juice! 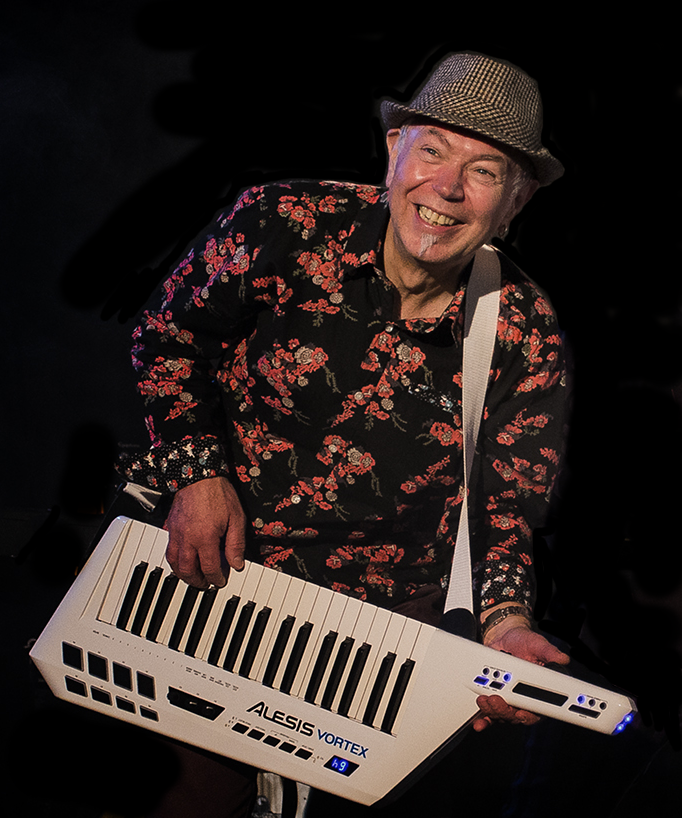 Keyboard man Chris Cox has been playing instruments since the age 8. His musical journey started on trumpet and progressed to flute, sax and keyboards while working as a professional musician during the early 70's in Vienna with a band called Elegy. In his teens he was listening to blues, soul and rock including the greats such as Elmore James, Otis Redding and Cream. During the late 60's and early 70's he discovered funk through the bass playing of Larry Graham and his work with Sly Stone. This set him on the road to what has become his musical life - The Groove. He started to absorb grooves as stated by people and bands such as Weather Report, Return To Forever, Stanley Clarke, Mark King, the late great Jaco Pastorius and the world music grooves that only Joe Zawinul could create. It was Zawinul's keyboard playing that gave Chris the impetus to focus on keyboards. It his his love of technology, Grooves and Funk that he brings to the band.

Since his professional days he has been actively playing in bands along the south coast, such as All Thats Fiction, Marine Boy, The Alibi and The Groove Tubes. Due to a heavy commitment to I.T. he has been out of the scene for some time, but it was thankfully due to his good friend and FJ's drummer Kev, who was playing in the band, that reintroduced him to gigging. Picking up the keyboard slot in the band has given him the opportunity to play the music that has inspired him over the years and find once again The Groove.

As a tech-head it wouldn't be right that he used a straight forward set-up. Currently he is using as controller keyboards an Nocation Impulse and an Edirol PCR300. These are linked through a PreSonus Audiobox USB sound card and controller interface which in turn connects to a laptop where host software 'Cantabile' runs all the VSTs used to provide the sounds. Using this method provides him with access to authentic sounds provided by Native Instruments Kontakt 5. Instruments include Scarbee Mk 1 Fender Rhodes, A200 & Clavinet,NI Vintage Organs, Retro Machines, Session Horns. Also available are, Rapture, Dimension Pro for samples, FM8, Alter Ego, Arturia's Analog Lab 2, Evoxa, Z3ta+ and the Korg MDE-X for effects. He just can't get enough and likes to keep abreast of current technology.